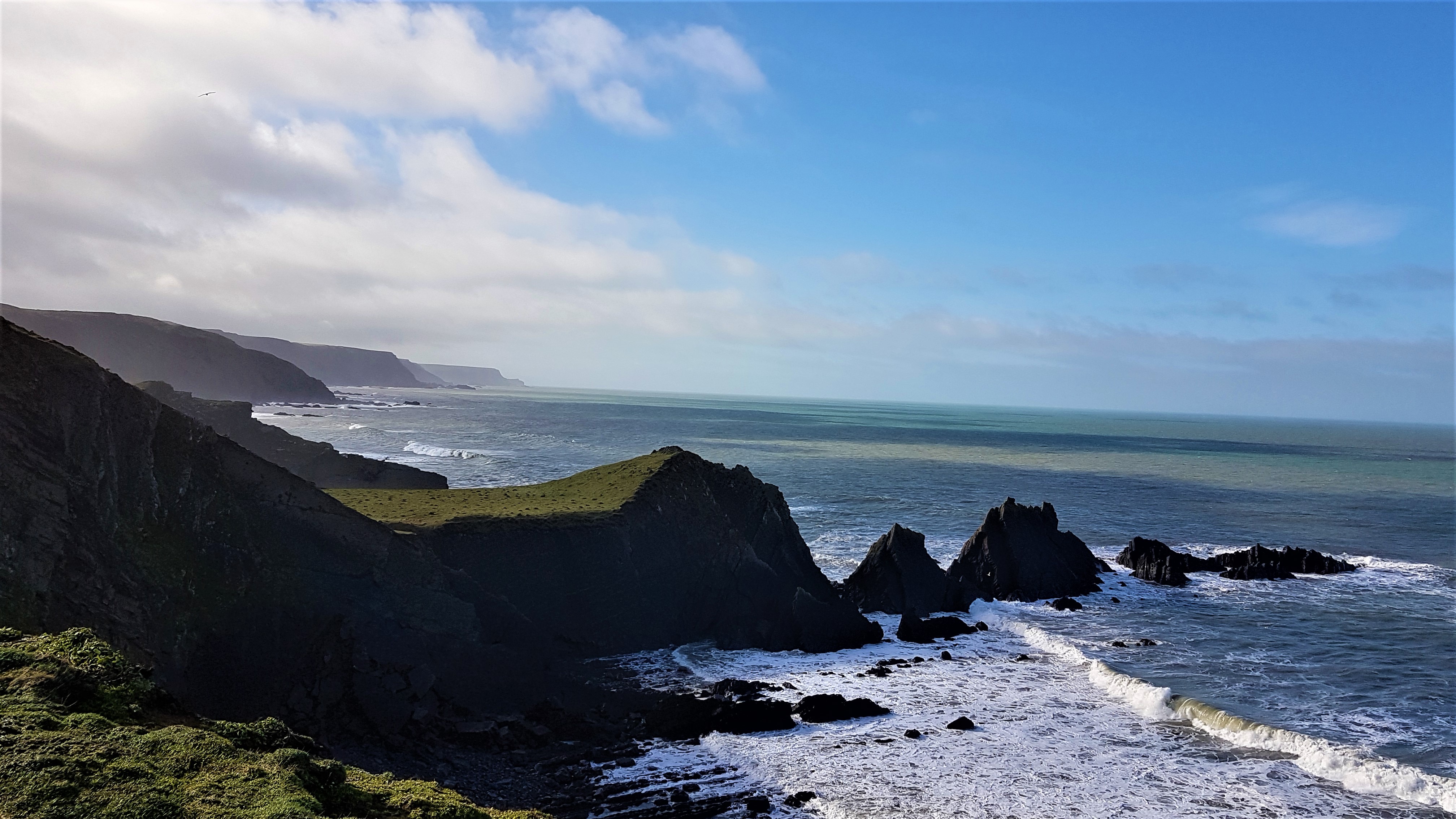 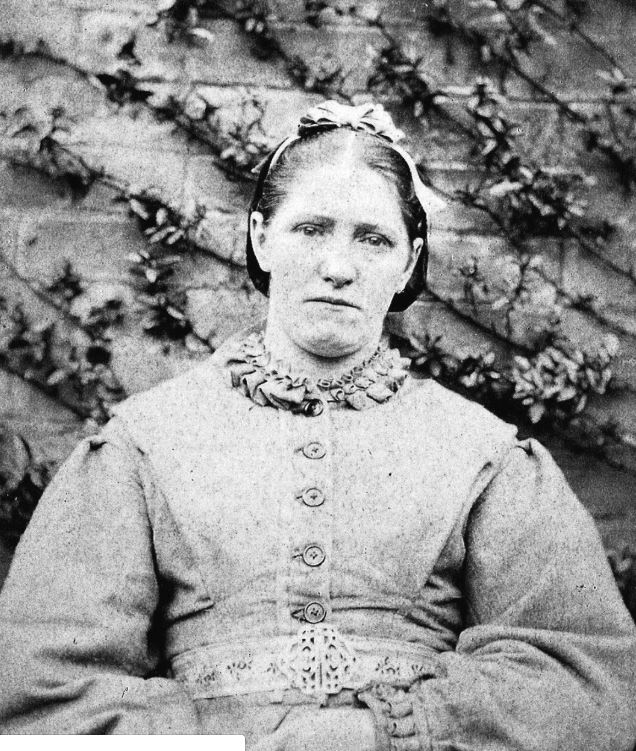 Here is the fifth in my series of approximately monthly round-ups of @GiftedPhoenix Twitter activity related to gifted education and associated subjects.

It covers the period from 22 February to 11 March inclusive.

I’m continuing to try out different approaches to these posts. On this occasion I’ve maintained comprehensive coverage, but I’ve changed the top-level categorisation to: :

Once again I have only included tweets that contain a hyperlink to another source. (I have only checked a small sample of these, so apologies if you encounter any broken links.)

The vast majority are my own tweets; a handful are modified tweets or retweets of originals sent by others. I have stripped out addresses and hashtags except where they are essential to make sense of the tweet.

I have also corrected a few typos – otherwise the wording is unchanged.

If you have any suggestions about how I can further improve the presentation of these records of Gifted Phoenix Twitter activity, don’t hesitate to offer them via the comments facility below.

Blurring school/HE boundaries: 6th form colleges run their own HE courses: http://t.co/LHC5BEta  Could be good for gifted learners

The GTVoice Board was really pleased at the continuing growth in membership, but more members are always welcome: http://t.co/HpV60pa5

The GTVoice Board is most grateful to the Mensa Foundation for Gifted Children for their support: http://t.co/2ED4sqSM

The GTVoice Board agreed to invite responses from key stakeholders to their first policy statement: http://t.co/cTrrO0k8

GTVoice presents the latest edition of its monthly Newsletter: http://t.co/Pv1uiKk1

HMCI: ‘It is a scandal that children who should be getting A*s and As are not’ (Q89, uncorrected evidence): http://t.co/0Wq9Gla5

How a good school, offering flexible provision, can be the best place for a highly gifted learner: http://t.co/i8djCqKZ

The East Midlands Excellence Hub is still in operation however: http://t.co/HrmsUjAS

‘Our intention is that no talented young person…should be unable to realise their full creative potential’ http://t.co/zOCT93uw  (Col 26WS)

Camden’s Partnership for Educational Excellence will include a focus on gifted learners: http://t.co/QP9oBLE3

More on Barry Hymer’s appointment as a Professor at Cumbria University: http://t.co/Gz65Ucan

Books High Achieving Kids Read Most Often (from the 2012 What Kids are Reading Report): http://t.co/kc8jcDKR

More evidence of the questionable activities of African Council for Gifted and Talented, affiliated to World Council: http://t.co/dTmAeH19

And African Council is  still a WCGTC affiliate: http://t.co/V56HVeKn   – I’d love to know what ‘due diligence’ they’ve undertaken!

The Director of Child Psychology at a Mexican gifted education centre is a gifted 17 year-old: http://t.co/5KS74xBa

Lack of funding leaves New Jersey’s gifted and talented students at mercy of their schools –  http://t.co/U2aUailn

The US practice of ‘redshirting’ to combat disadvantages of being summer-born: http://t.co/mYCbsXJk  proving controversial in gifted circles

Should the progress of (US) gifted kids be tracked? http://t.co/7q69zujO  Absolutely!

Saudi Mawhiba gifted programme now has a Board of Trustees and Executive Committee: http://t.co/k1Ph2vHD  Mostly princes; all male

Prof. Dr. Ernst Hany will be our next speaker at the Global Virtual Meeting for Gifted Ed! http://t.co/dtMcGXpi

Invitation to join the discussion on gifted children in Ireland – http://t.co/wEjYOsYF

Information leaflet on gifted children went out today to every school in Ireland  http://t.co/5JYt91DR

Windsor/Maidenhead has huge 41.7% gap between FSM and non-FSM at GCSE, sees free school as part of solution: http://t.co/0YWzNuRm

The expectations that schools publish how they’re spending Pupil Premium seem to me too broad rather than too onerous http://t.co/FPeULLS2

Education Next article critiquing the argument that gap narrowing is entirely a matter of eradicating poverty: http://t.co/SmswBNRu

A thought-provoking overview of different approaches to narrowing achievement gaps in the US: http://t.co/pnQOL5IJ

Ken Livingstone on why he plans to reintroduce the EMA in London: http://t.co/cWAOSxad

Some detail about the £50m summer schools fund originally siphoned out of the Pupil Premium in response to the riots: http://t.co/3ASahge8

A real vote winner: Ken Livingstone plans a London EMA for students in families with income below £31K pa: http://t.co/DLYDc2Aq

Thin answer to ‘What steps is Government taking to raise aspirations of children from low income families’: http://t.co/m1xvkKht (Col 281W)

Despite this from @drbeckyallen: http://t.co/BcnnycDa  I still think the optimal social mobility strategy must focus on students not schools

How to predict a student’s SAT score: Look at the parents’ tax return – Daniel Pink http://t.co/3dQLmq7n

If exam pass rates fall as Gove predicts, Government will fail to meet its own targets; FSM gaps will likely increase http://t.co/q4Luk1OA

Another commonsense TES Editorial I agree with, this time on fair access: http://t.co/OaP28WQc

Blog post – Nottingham Potential – a launch and an opening http://t.co/Rp5h3453

New INTO investment fund could open up opportunities for UK-based gifted students: http://t.co/x1xiVzM1

Fascinated by potential benefits to international and home gifted students of INTO UEA-based Newton A Levels: http://t.co/jwELEPs4

University admissions: who is really engaging in social engineering? http://t.co/98LmEV36

‘Use of [contextual admissions] data is a valid and appropriate way for institutions to broaden access’: http://t.co/dd5Cle5i (Col 167W)

NYT post about The Posse Foundation http://t.co/fsRWBJsM Neat approach to HE fair access that will rile the anti-Ebdon brigade

Mail’s vendetta against Ebdon is now so ludicrous that it’s having exactly the opposite effect to that intended http://t.co/WOJlmmwg

The Higher reminds us that OFFA is relatively toothless, with limited capacity to take on HE over admissions: http://t.co/HpvjSVOA

Direct link to UCU study on our rapidly shrinking choice of HE courses: http://t.co/xbLXhBzL

Full SPA Report on use of contextual data in HE admissions: http://t.co/Z771aONZ

I post this article by Baroness Deech on social mobility only so I can say that I couldn’t disagree more: http://t.co/hZ1HNl8S

The paper by Sir David Watson in which he cocks a snook at the Sutton Trust over social mobility: http://t.co/UjKRK1Ic

There was apparently a big social mobility speech planned for Gove this Thursday – now cancelled: http://t.co/LcsYGjEz

Article about Mr Gove in which he reflects on selection and social mobility: http://t.co/6SCMTN2l

Steven Munby in TES on chains: http://t.co/jHcsEuw8 – Who is going to link these chains (aka ‘Islands of educational excellence’) together?

Teenagers clamouring for a place at new ‘free’ 6th form although it offers only 12 subjects. Why? http://t.co/K4Dk22iQ

TES suggests Government is letting academies off too lightly over expectations that they will support weaker schools: http://t.co/hGedTRW4

So do we know how many free schools/academies are prioritising Pupil Premium recipients in their admissions? http://t.co/TJlyFuU6

‘The Department has not provided specific guidance to schools on setting’: http://t.co/4DHkkOYG (Col 809W)

US perspective on the importance of creativity/innovation alongside mathematical ability: mentions 16-19 free schools: http://t.co/v0Q68gDv

Henley Cultural Review recommendations to get £15m over 3 years including announced money for film academy and heritage http://t.co/ck9QdvNK

Henley Cultural Review looks to be gifted-friendly: http://t.co/J6UIQYo1  Why not apply the same approach in an academic context?

Express says Government will invest £3m over 3 years in a new 16-19 academy for talented film-makers: http://t.co/6CluhNl0

Welsh guidance to schools on using PISA assessment as a learning context: http://t.co/yjZRU96b

OECD working paper on the impact of PISA on national education policy in different countries: http://t.co/Rl3KwhVu  Accentuates the positive

Government is talking to schools about certification of the EBacc (from Oral PQs yesterday): http://t.co/cTD7aCvO  (Col 22)

New GCSE research paper on progression rates from GCSE to AS and A Level, focused on EBacc subjects: http://t.co/guGqRjDp

The development of special education voucher schemes in the US: http://t.co/mC0y2QE5

How the National College plans to review the designation of Teaching Schools: http://t.co/1YyKClN9

Interesting and thoughtful Bousted response to Twigg proposal for an Office for Educational Improvement: http://t.co/doahKGkz

Full text of Twigg’s speech yesterday says John Dunford to do a feasibility study of Office for Educational Improvement http://t.co/10atq69q

NEPC dismisses the Jerald report recommending OFSTED-style inspection in a US context: http://t.co/O4zF84tE

Some 23% of pupils attending grammar schools live outside the LA where they are situated: http://t.co/O5OAAgMc (Col 867W)

The proportion of secondary places in fully selective schools by local authority (May 2011): http://t.co/VVeZ8XYw (Col 725W)

At what age should gifted learners be monitored, identified (and labelled?) – http://t.co/WZ9jigCu

Early thinking on how neuroscience can inform decisions about the timing and targeting of educational investment: http://t.co/tLUaFwlE

A Short Intro to Gifted children for Primary Teachers http://t.co/vnFJJFRY

On self-esteem, status and the benefits of allowing children to fail: http://t.co/7KLbLbLb

Creativity is domain-specific; testing for generic creativity is misguided: http://t.co/rBdgbQvW

LTAD Review “the model is 1-dimensional, there’s a lack of empirical evidence, & its data is questionable” http://t.co/AeM5EKn3

How do we know what works? The value of randomised controlled trials http://t.co/DABbvRdQ

Why should we identify gifted children? http://t.co/Q6pjgCg6

The Trouble with Brains: http://t.co/Rtshnkja

Third of a triad of Renzulli blog posts: 3Es of Successful Academic Achievement and Enrichment: http://t.co/BwoQiIv2

Does a high IQ make you a better financial investor? http://t.co/tH6vG4aW