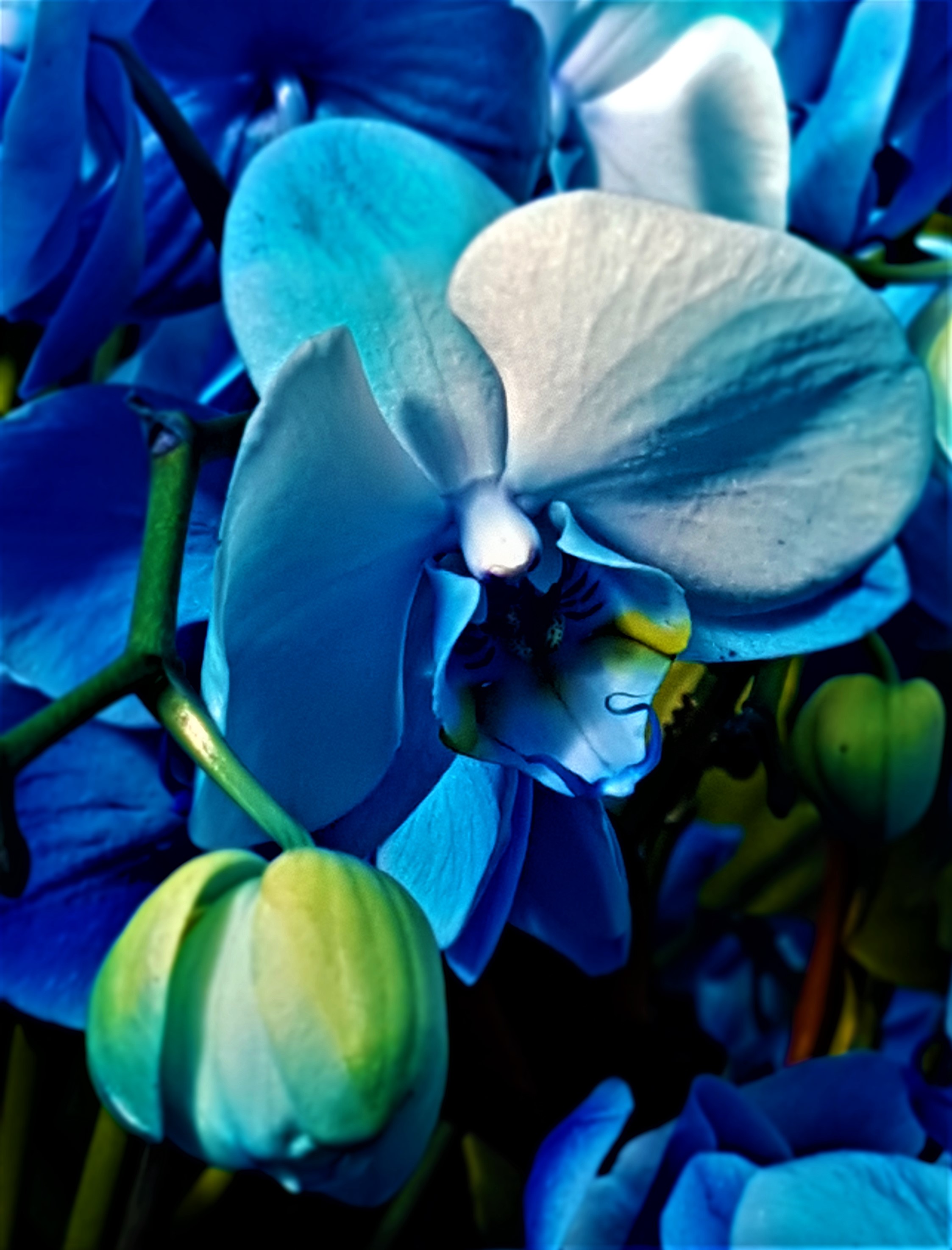 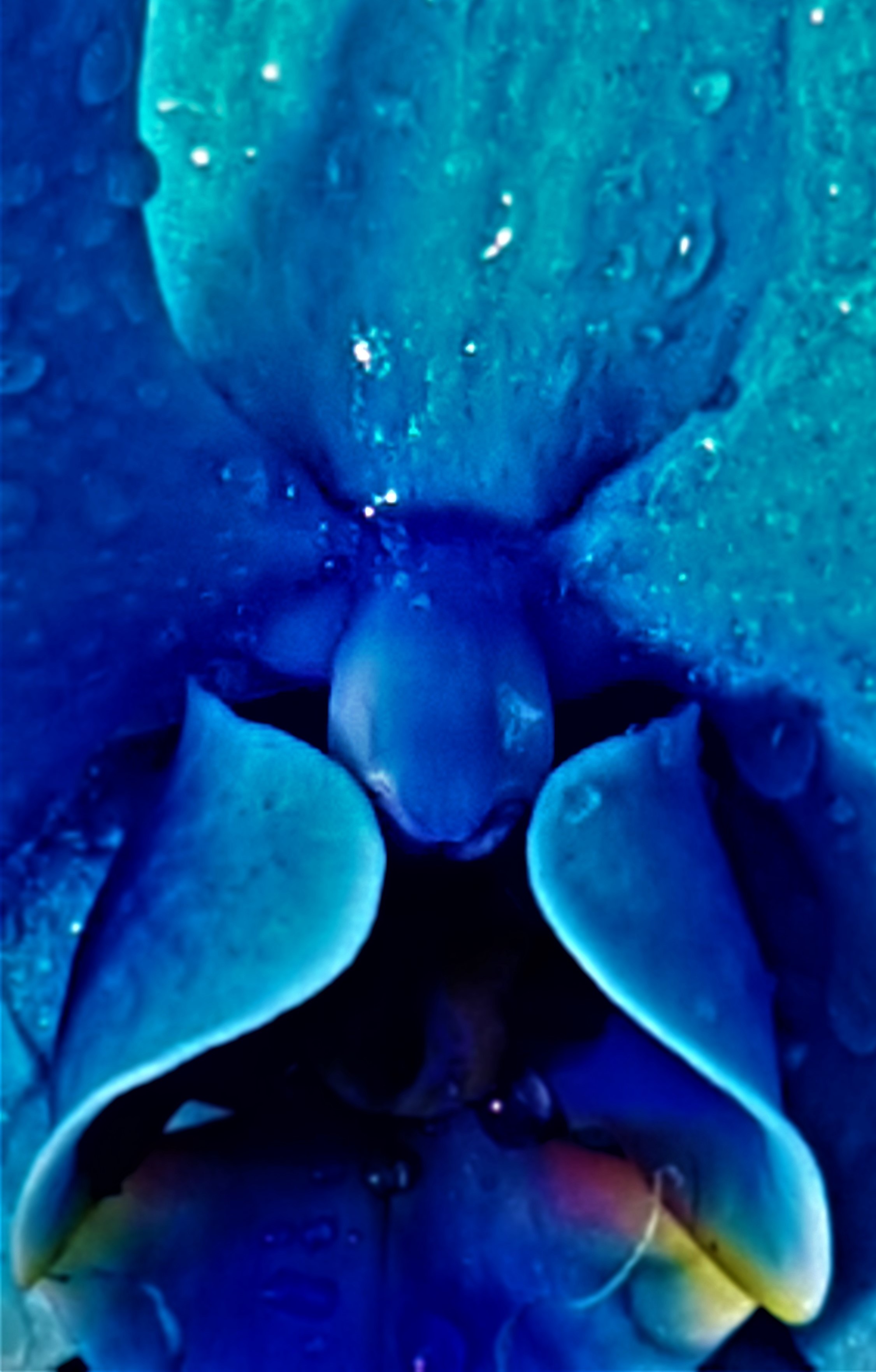 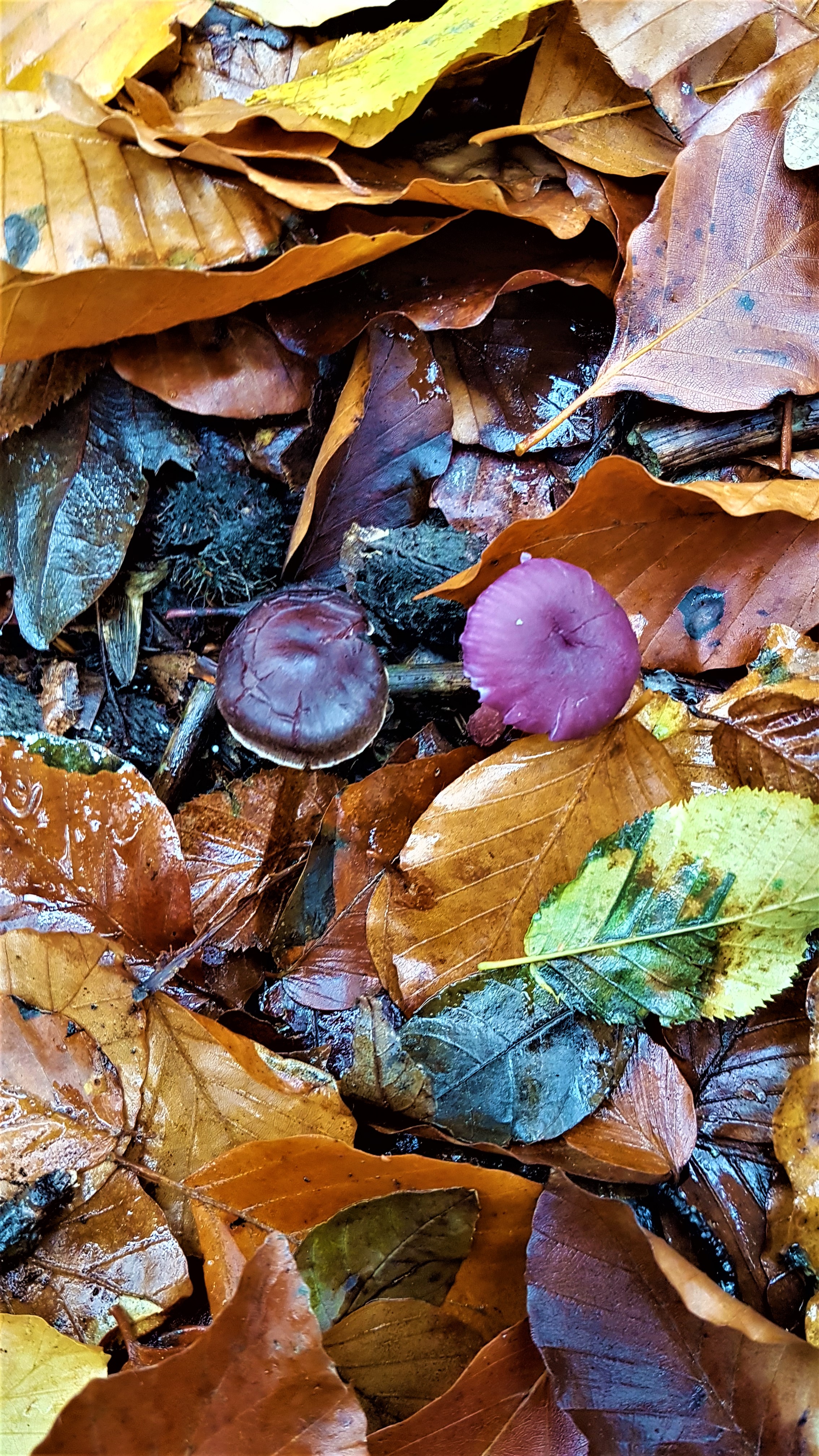 How the Excellence Gap and Fair Access are Related

In Part 1 we looked at the excellence gap in the US; in Part 2 we considered evidence of a similar gap in the UK and asked whether the Coalition Government’s education policy would help to narrow it.

Michael Gove refers repeatedly to the fact that very few disadvantaged young people enter our top universities, giving even greater prominence to this persistent, concrete and much-debated manifestation of the excellence gap.

While the relatively lower attainment of bright but poor applicants isn’t the sole cause of social bias in application for and entry to selective universities, it is the main cause. Hence any policy intervention must help to improve the pre-university attainment of such students so they can compete with their more advantaged peers.

In the UK the issue of admission to our selective universities – including Oxford, Cambridge, the rest of the so-called ‘Russell Group’ and some others – is commonly labelled ‘fair access’, ie about securing the fair access of under-represented groups.

It is one facet of the broader issue of widening participation in higher education as a whole.

As a higher education matter, fair access falls within the remit of Vince Cable, the Secretary of State for Business, Innovation and Skills. Gove has a clear interest, but not the lead responsibility.

Many had expected ministerial responsibility for universities to be restored to the education portfolio when the new Cabinet was appointed, but this did not happen.

Since securing fair access depends critically on co-ordinating the admissions-driven ‘pull’ from universities and the achievement-driven ‘push’ from schools and colleges (to which many students transfer between the ages 16-19), this significant obstacle will need to be overcome if we are to see any real improvement.

If we add to this the autonomy of competitive universities over admissions, which is jealously guarded, plus the Coalition Government’s enthusiasm for greater institutional autonomy in the school and college sectors, the path towards co-ordinated system-wide improvement seems fraught with difficulty.

Like many higher education matters, fair access is currently ‘parked’ while the Government awaits the outcomes of the Browne Review of Higher Education Funding and Student Finance, due in Autumn 2010.

As we saw in Part 2, the Government is publicly committed to consider Browne’s recommendations ‘against the need to… increase social mobility…and attract a higher proportion of students from disadvantaged backgrounds’.

The review was instigated in November 2009 by Peter Mandelson, Vince Cable’s predecessor, on behalf of the former Labour Government. The terms of reference make clear that, in considering finance and funding options, it should take into account ‘promoting fair access to all institutions’.

Browne issued a call for proposals which notes that, while there is evidence of good progress over the last five years in widening participation in the HE sector as a whole, ‘there appears to have been less progress in widening access to the most selective institutions despite considerable efforts by these institutions to improve the position’.

This is a cautious understatement of the damning evidence reported in a parallel review of fair access, conducted by Sir Martin Harris, Director of the Office for Fair Access (OFFA) which Browne’s terms of reference require it to take into account. We shall look briefly at Harris’ recommendations later in this post.

Meanwhile, Vince Cable has offered Browne a few gentle steers of his own. In July 2010, he made a speech on Universities which floats the notion of quotas (‘For example, what would be the pros and cons of colleges reserving places for a certain number of pupils from each of a wide range of schools?’).

This is noteworthy, given that quota systems received short shrift under Labour. For example, the Milburn review (see later) expressly rejected them, having drawn attention to US models developed at Harvard Medical School and the University of Texas. Browne may feel obliged to address the issue given that Cable has raised it, paying due regard to the views of Harris.

But we are getting ahead of ourselves. To understand the detail it is necessary to sketch in the bigger picture. Any relationship between fair access, the excellence gap and gifted and talented education will be determined within a much bigger political agenda: social mobility.

Social Mobility – a Priority for the Coalition Government

His speech outlines a direction of travel rather than a finished policy. Key points include:

The adoption of independent annual progress reviews rather gives the lie to Clegg’s insistence that improving social mobility is predominantly a long-term strategy. This Government will be under pressure to demonstrate tangible evidence of progress, including any ‘quick wins’ that are achievable in the next 4-5 years.

Since fair access is potentially one such relatively ‘quick win’, we might expect it to have some prominence within the Coalition Government’s Social Mobility strategy. It is a high profile indicator of progress in which the media takes a keen interest (that is why Gove references it so regularly).

In order to secure such a win however, the Government must give priority to a coherent support package for relatively small numbers of academically gifted but socially disadvantaged 14-19 year-olds.

The Coalition Government’s interest in social mobility was shared by the previous Labour Government. Clegg’s Ministerial Group will face the difficult task of moulding a coherent and workable strategy that is discernibly different from Labour’s: this cannot simply be a matter of ‘putting power and resources in the hands of those who need them most’.

One concrete action they could take would be to bring fair access and gifted education together into a coherent cross-Departmental policy for the support of academically gifted young people from disadvantaged backgrounds.

This would make a virtue of the significant overlap between the two policy agendas while continuing to recognise the much wider focus of gifted and talented education on one hand and of widening participation in higher education on the other.

There was an opportunity missed to secure this under Labour, through Alan Milburn’s wide-ranging report on fair access to the professions.

But Milburn recommended instead translating the entire national gifted and talented programme into a much broader-based aspiration-raising concept, so providing an umbrella for several of the report’s more specific recommendations for additional mentor support, work tasters and activities to develop ‘soft skills’.

No substantive justification was offered for this attempt to hijack the G&T programme. The few arguments advanced are confused. For example, the claim that funding for the existing programme is too thinly spread is used to justify spreading it more thinly still!

In the event, it mattered little. Although the Labour Government accepted most of Milburn’s recommendations in its generic January 2010 response (arguing that the reforms it was already introducing for the G&T programme would bring it into line with Milburn’s vision) – the General Election was called shortly afterwards.

Unfortunately, the April 2010 Harris Report – ‘What More Can be done to Widen Access to Selective Universities’ , also fails to make the case for bringing fair access and gifted education into closer relationship.

Harris suggests at one point that the education department’s responsibilities are outside his remit, but this does not stop him from making at least one recommendation directed towards it. In fact his terms of reference include: ‘how best to promote the partnership of schools and universities to identify and mentor the most talented young people from an early age’.

He is certainly seized of the importance of strategic co-ordination and sustained intervention:

‘And indeed, the essential core of my recommendations is that selective universities, almost certainly working in groups to maximise regional coverage and of course in close partnership with schools-based colleagues, should take substantial further steps to identify, at the earliest possible time, those young people of talent from poorer families with least experience of higher education – those ‘most able but least likely’ to apply to such universities. I have suggested that the process must start not later than the end of year 9, when curricular decisions are made which, as we have seen, may have far-reaching consequences for students…..Clearly very close collaboration between universities and schools is needed to identify those young people most likely to benefit from such intensive support and then to provide the intensive, independent advice and guidance – pastoral, curricular and financial – that all commentators agree is essential if real progress is to be made.’

But he fails entirely to recognise the potentially valuable contributionoffered by gifted education, even though this is prominent in some of the earlier documents he will have reviewed when compiling his own.

For example, the October 2008 report by the Sutton Trust for the National Council of Educational Excellence ‘Increasing higher education participation amongst disadvantaged young people and schools in poor communities’ offers a wide-ranging review of the evidence and a coherent set of recommendations, including that ‘all schools should have an effective gifted and talented programme which makes links to higher education institutions’

This was further developed in the Government’s own publication – the rather clumsily titled NCEE Implementation Plan for the Higher Education Mobilisation Strand:

‘…officials will work closely together to ensure that the Government response to NCEE’s recommendations draws them together into a coherent policy, so that the whole is greater than the sum of the parts and the relationship between HE, colleges and schools is strengthened significantly. This will ensure better progression for all learners, including those from disadvantaged backgrounds who have the potential to progress to our most competitive universities. They will benefit in particular from work across DIUS and DCSF [the two Government Departments responsible] to build a stronger relationship between support for gifted and talented learners in schools and colleges and the promotion of fair access to HE’.

So what are the prospects for gifted education in the new social mobility strategy?

While there may not be full consensus about the best course of action to improve fair access, most parties are broadly agreed that action should be co-ordinated:

It should also be drawn together into a single, sustainable support framework for the ‘most able least likely’ (ie least likely to apply and achieve entry to a competitive university) that addresses the full range of their needs, beginning in Year 9 and continuing right through the HE entry, spanning any transition into a post-16 institution.

Strengthening attainment is of paramount importance, but other dimensions include aspiration-raising, the development of soft skills, and the provision of high-quality, relevant and timely information, advice and guidance.

This is very close to the design of the targeted support dimension in the current gifted and talented programme. A flexible framework of this kind – funded by matched sums from the pupil premium (additional school funding that will follow the disadvantaged pupil) and universities’ funding for disadvantaged students’ bursaries – could lead to a significant improvement in Gove’s favourite statistic within the lifetime of this Government.

It remains to be seen whether something of this kind will emerge from either the Browne Review or Clegg’s wider Social Mobility Strategy. Given the obstacles noted above, advocates may have their work cut out to persuade Government of the case.

But this should not stop the apologists for gifted education and fair access from making common cause.

One thought on “The Transatlantic Excellence Gap: Part 3 – Social Mobility Through Fair Access to Higher Education”